Three years in a row the AHIA community is the proud recipient of Port of Long Beach Sponsorships.

Welcome to Alamitos Heights Improvement Association and Our Neighborhood!

Click Here to Join or Renew Your Membership today

Welcome to Alamitos Heights Improvement Association and Our Neighborhood!

Click Here to Join or Renew Your Membership today

Join or Renew Your Membership Today!

Hi Neighbors and Members of the Alamitos Heights Improvement Association.

I would like to take this time to introduce myself. My name is Paul  St.Bernard and  I am the current President of the AHIA. I am a New York  transplant and have been a resident of Long Beach for over 25 years. My  wife and two sons moved to Alamitos Heights 7 years ago. My sons attend  Wilson High School and play basketball and football. My wife, Dr. Silene  St.Bernard is the current Chair on Long Beach Health and Human  Services.

I joined the AHIA Board three years ago and have enjoyed supporting  the community. Our neighborhood's daily social habits have been severely  hampered these past 12 months due to Covid-19. AHIA has adapted to  remain supportive and relevant via newsletters, emails and our  successful virtual “Wine Down” Fridays. We also held a Toss, Recycle,  Shred Event as well as the Lagoon Tree Lighting and Santa Mobile.  Our  delayed clean up and replanting of the Manila Median also occurred in  December. Our plan is to transition our community meetings to a virtual  setting. As the season changes, we hope to create more socially distant  events. As of now we are not sure when we can freely gather as a  community so we would like to take this time to do some long-term  planning.

Alamitos Heights is a diverse community, and each person has  different expectations of their local organizations. AHIA's goal is to  meet everyone’s expectations. As we consider long term plans for the  organization, we could use the community’s feedback and support. I would  like to invite our members to help us by joining an AHIA committee. We  have six committees to choose from, Membership Engagement, Community  Engagement, Communications, Special Events, Neighborhood Beautification  and Special Projects.  By joining one of these groups, you will have the  opportunity to influence the activities in your community.

Please feel free to email me if you are interested in joining one of our AHIA committees.

Membership  Engagement - All community organizations better serve the community  with a healthy membership. The larger membership base will allow us  greater representation with the Long Beach community. This committee  will be responsible for Membership drives, maintaining the membership  list and new resident gift baskets.

Engaging the community is a significant part of our  organization. By joining this committee you help design our safety  meetings, suggest guest speakers and assist in Grant writing.

This committee is one of our busiest teams.  If you decide to join  this group you will help shape and influence the content of the AHIA  website, our social media posts, the newsletters and email blasts.

Special  Events - AHIA hosts several signature events each year along with many  other smaller events. When you join this team you will help support the  annual BBQ and Tree Lighting as well as help influence and create more  social events for our community

Occasionally  a special need arises in the community. This  committee would help identify and address these needs as they arise.

This committee will help improve our community's  appearance. It's a great group for the member who likes to get active  with improvement projects or has special handyperson skills. 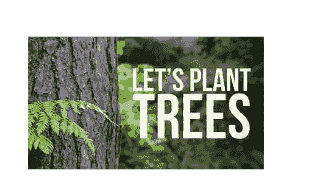 Are you missing a street tree?

March 13th will be our first AHIA Tree Planting day. We are working with our members to replace the lost Magnolias with trees that are visually compatible with the remaining Magnolias but resistant to drought and disease.  The two options are the Brisbane Box Tree and Arbutus 'Marina'.  (Scroll down to see the tree info)

If you would like to be placed on the list for a new tree please click the link below to send us your address. We will be planting 15 trees initially and will plan for future planting dates if the requests surpass 15.

We are calling for volunteers from 8:30 AM-Noon to help with the planting. Once we have the list of locations for planting we will coordinate the helpers.

We also have ‘Best Practices’ instructions for the newly planted trees. It will be the responsibility of the homeowner to care for the trees as they get established. All trees need water, especially when young, and deep watering is best to grow deep strong roots that will help support the tree in windy and dry conditions.

One Chapter in a Man's Life Journey

"Well, life is a journey, that's for sure." begins Mel Lindsey, whose own life adventure seems to be one of newness and wonder. Mel isn’t known to everyone but he is treasured by all who know him. For those who know Mel, he creates a meaningful connection, as willing to listen as he's is to share sage observations gleaned from his many experiences.

His life is a journey of accomplishments and challenges. He is a long time Long Beach resident, a graduate of Poly High in 1944, who then served two years in the U.S. Navy. He married his wife Joan in 1949. He received an AA from LBCC and his BA and MA degrees from Long Beach State in 1951 and 1958. Mel has two daughters Kathy and Debbie plus a granddaughter Jenna.

Mel wears many hats and he wears them well. He is a writer, artist, educator, guidance counselor, and activist who moved into Alamitos Heights in 1986. Mel is a generous philanthropist, supporting many organizations throughout his life. He’s proud to sponsor an annual CSULB scholarship in memory of his wonderful wife of 66 years, Joan Lindsey.

His first career of 36 years with LBUSD included teaching, counseling, and school administration. Upon retiring, he and Joan embarked on his second career. They bought a failing private preschool called Giant Step Learning Center located in Costa Mesa. Soon after they added daughter Debbie to the teaching staff and her two-year-old daughter Jenna to the student roster. In the 19 years of ownership it grew to two facilities. They made the school a success with an outstanding early childhood education program.

During midday story telling time at Giant Step, Mel created poem stories to share with his young audience. The stories contain lessons for young children about imagination, character, citizenship, family, teamwork, personal behavior, and responsibility. These are lessons Mel believes are as important as science and math.

“It is important for all children to learn early about personal character as they grow and become contributing adult citizens in our society.” said Mel.

Teaching personal character is so important to Mel that he has written a series of illustrated children’s poem books based on his Giant Step storytelling. Mel is self-publishing his illustrated poem books. He acknowledges Kathryn Babcock and her sister Karen Rathmell for their fine contributions to the artwork layout and proofreading. As his books are nearing completion, Mel is making his publications available as a gift to AHIA families. The link for free PDF downloads is listed above this article on our website www.ahia.info.

Thank you, Mel for sharing your stories and having a generous nature that has benefited so many for so many years. Mel is a treasure.

Mel is our very own Mr. Rogers. Compassion, patience, and action mark the character of a man who has over a lifetime chosen to see the good and potential in each life he touches, including his own. Just before the pandemic, Mel approached me with a pile of his children’s poems and asked what I thought. As an artist and teacher, I suggested he add drawings, and offered to format these stories into little picture books. He didn’t consider himself an illustrator but agreed it would be “better for the children.” What he drew made me smile. His charming illustrations find moments that speak directly to the child in us. He says illustrating his writing has given him fresh purpose. Now he can’t stop drawing! Talk about “walking the talk!”—Kathryn Babcock, Artist and Teacher

I met Mel Lindsey 14 years ago when I started writing my books. Our conversations grew covering politics, philosophy, and religion. He is not only one of the nicest people I had ever met, but he has a keen intellect, the ability to listen carefully, and  make valuable and insightful comments. Over the years, we worked on projects together in our "Two-Bit Construction Company" and completed our books. Mel is more than a mentor, he is like my big brother; he is family. Mel is one of the most genuine, kind, and generous people I have ever met.  Mel Lindsey is a true angel walking among us.—John William Cox, Public Interest Lawyer and Author

Looking Ahead with AHIA

We will coordinate Virtual Wine Down Fridays-- 2nd & 4th Fridays-- all we need is a host.

It just takes a someone like you to be a host and volunteer their time to setup a zoom.com invitation. We'll help with that! With zoom.com we can host up to 100 people and there will be a 40 minute limit to the event. Click the button below to be directed to our contact us page. See our calendar page for upcoming Wine Down dates and information.

I want to host Wine Down Friday

A 40-yard dumpster filled to the top. The Conservation Corp team collected a truck load of scrap metal and tires plus a truck of e-waste. AHIA collected 3.5 buckets holding 3.5 gallons of household batteries. It was a hot muggy day and the AHIA Board and family members worked hard.

To everyone who made this day happen. 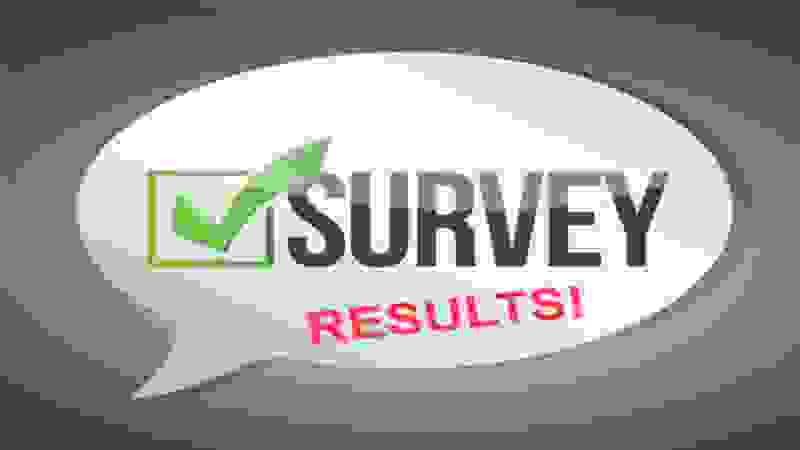 We asked and You Answered!

Thank you to everyone who participated in our winter 2020 survey!

When asked to check a maximum of 2 Events you would like AHIA to consider sponsoring the results are:

When asked to check a maximum of 2 Projects you would like AHIA to consider sponsoring the results are:

Would you recommend joining AHIA to a friend or neighbor? (On a scale of 1-low to 10-high)

When asked to share any thoughts or recommendations for AHIA:

Pictured here are Jason Mundy (l) and Evan Filter (r) from the 300 block of Ultimo. This tenacious team tossed their way to victory doggedly competing and beating the finest bean bag tossers Alamitos Heights had to offer. Congratulations to our 1st Annual AHIA Bean Bag Toss Champions Evan and Jason.

Become the new Champions next year June 13, 2021 at the AHIA Picnic. Evan and Jason will defend their title against all comers.

Win next year and get your name on the trophy and display it at your house for all your friends and family to drool over.

In the late 1930's Harvard Medical School  started one of the most extensive longitudinal studies ever, tracking the classes of 1939 to 1944 plus another 456 young men from the inner city of Boston.

The Most Useful Insight From this Study

"The clearest message that we get from this 75-year study is this: Good relationships keep us happier and healthier. Period" says Robert J. Waldinger the current head of this study.

A Key to Happiness is Good Relationships

Volunteering is a a good way to develop relationships and make a contribution to our neighborhood and community. Join us won't you? Go to the contact us page and send us message.

We like to deliver a Welcome Bag to new residents of the neighborhood whether you own your home or rent one.

How do we know your new to Alamitos Heights?

We depend on our resident realtors and word of mouth from our neighbors to find out if someone new has moved into the hood.

Every once and a while we miss someone new.

Give us a shout if we missed you, because it wasn't on purpose.