Three years in a row the AHIA community is the proud recipient of Port of Long Beach Sponsorships. 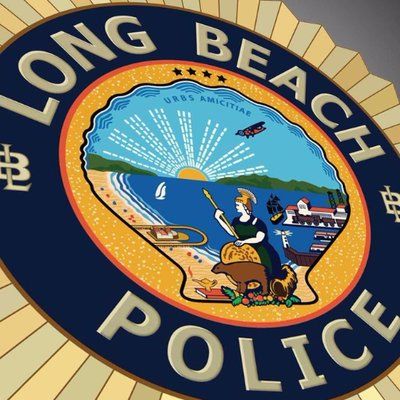 One team, one mission.

On September 9, 2020 Long Beach Police Department (LBPD) Chief Robert Luna announced the promotion of 5 Lieutenants, 6 Sergeants and a limited commander rotation. Our East Division Patrol Bureau saw Commander O’Dowd rotate and transfer to the department’s Command Staff in the position of Chief of Staff. Lieutenant Chad Ellis as 24 year veteran was promoted to the rank of Commander and assigned the position of Commander of the LBPD East Division.

Commander Ellis is a 24-year veteran of the Police Department he has worked a variety of assignments throughout his career, including Patrol, Field Training Officer, Gang Investigations, Special Weapons, and Tactics Team (S.W.A.T), Port Police, Internal Affairs, and Drug Investigations. He holds a Bachelor of Arts Degree in English from Point Loma Nazarene University, San Diego. Commander Ellis is member of the Leadership Long Beach Executive Leadership Class of 2020 and is active in the Long Beach community.

Commander Ellis began his career with the Los Angeles County Sheriff’s Department in 1995 and transferred into the Long Beach Police Department in 1996 as a police officer. He was promoted to sergeant in 2003 and lieutenant in 2018.

Ellis is a 3rd district resident. He grew up in the East Division, attended Long Beach Schools, was a junior lifeguard, and went to LBCC before graduating from Point Loma Nazarene University. He is the son of retired LBPD Chief Bill Ellis who was chief from 1992 until 1996. Because a sitting LBPD Police Chief can’t hire relatives into the LBPD. It was after Chief Ellis retired that our new Commander Ellis could then join the LBPD as an officer and work his way up the ranks.

Some of the East Division Staff

About Request for Service --No Trespassing

Request for Service No Trespassing (pdf)

Sample No Trespassing- no hours (pdf)

At 24 square miles East Division Patrols about 46 percent of the city and is the largest geographical patrol division of the LBPD. The boundaries are Del Amo Boulevard to the north; the Pacific Ocean shoreline to the south; Orange County cities to the east; and, Cherry Avenue and the City of Signal Hill to the west.

East Division is a LBPD substation and is not manned 24/7.